On the eve before the Canadian 2008 Election, I find myself reflecting on where our country is currently at politically, what’s important to me and what I feel is important to the country – which inevitably means that I am reflecting on my personal life.

To me, some of the things of great importance, that make me feel proud to be Canadian, include: 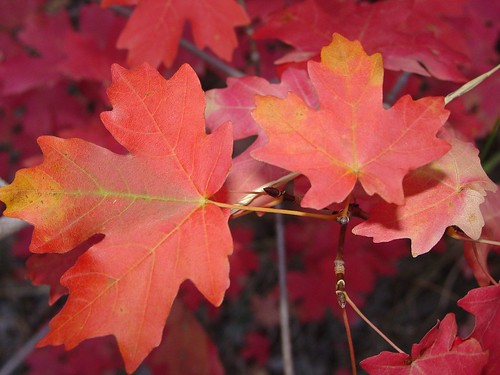 I look at our current government and I fear that they don’t uphold many of the things that are important to me and make me feel proud to say that I am Canadian.

Our current PM, Prime Minister Harper promised us that there would not be another election for four years, yet a year later we’re back at the polls.  Why?  Because he wants a majority government.  Well I am sorry, but his greed for power is not good enough for me as a Canadian.  He broke his word to the Canadian people and has shown his true colours. 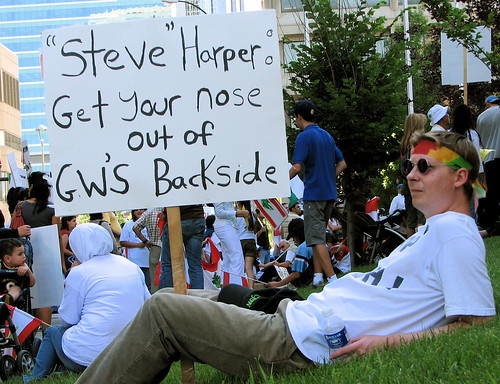 What did Mr Harper do this past year, aside from kissing George Bush’s ass? There was a little Bill by the name of C10 that caused me to wonder how long it would be before we saw him standing in front of a bonfire out front of a library.  What was Bill C10?  Basically a bible belt sanctioned Bill designed to destroy freedom of speech and culture in this country. Funny, this somehow reminds me in many ways of how Sarah Palin pursues her political agendas.  Are Church and State not meant to be separate entities?  Our country is composed of citizens with a variety of spiritual believes, not just those of Christianity.  As a representative of our country, are you not suppose to represent the country as a whole, rather than simply the views of your own Church?  One relief – Harper has decided to drop Bill C10, not surprisingly just as we headed into the election.

My concerns go beyond Bill C10 though. You look at our current Conservative Party and who are they really – the Reform Party wearing a vintage dress. A little bit of makeup advice here – makeup can cover up a blemish on the skin (of our country), but it doesn’t get rid of it. 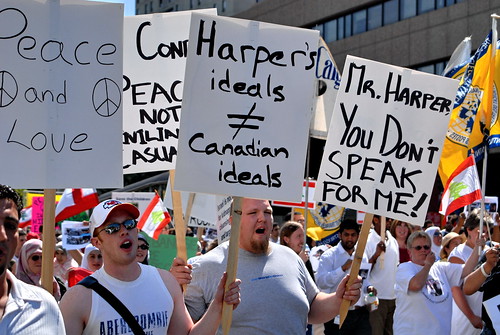 What worries me the most is Harper’s affinity to George Bush and Bush’s politics.  You can so clearly see this in his campaigning.  Slander campaigning.  What the F…!  We are Canadians not Americans. Where’s the integrity? It is incredibly belittling that you would think so little about your countrymen to think that we would fall for such a slanderous campaign.  To be quite frank, it totally disgusts this voter.  And what’s next. Are we going to start mirror the American Education and Health Care Systems?

I have a surprisingly large number of American men trying to court me at the moment and I joke that I’m their backup plan if Obama doesn’t get in in the States.  Well, if Harper gets a majority it’s me that will need the backup plan.  And what happens, if both Harper and McCain get in? Sir Von Ritter – Europe might be looking good. Do you have room for both me and the cat?  Seriously though, what we are worried about is much worse than what the Americans are worried about, as we’re actually worried about Bozzo getting a majority.  Should we not be painfully embarrassed by that alone? 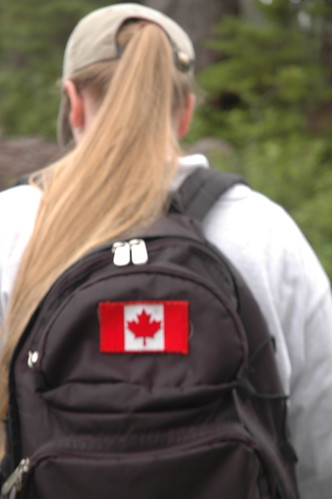 So whom am I voting for on election day?  Whomever is most likely to beat the Conservative delegate in my riding.  Which I am happy to say in this riding is a vote for culture.  Don’t forget to vote Tuesday October 14th between 7 am and 7 pm at your local polling station.

So gentlemen, before you kiss me – what are your politics?  Not supposed to ask those questions? Well you know what, I think we should, as it certainly says a fair bit about someones morals and what they hold important to them.  And really as long as you don’t say Conservative (or Republican), it will be a long, deep and ever so sweet kiss.