Was just about to post challenge to all you Van City kids to beat Tyler Ingram to the punch on finding the code to win one of the two remaining hidden cameras in Van City’s F List Scavenger Hunt. as rumor had it he had a lead on one of the cameras, but the brat just found it and destroyed my blog post.  Clearly this was intentional.  Tyler – don’t worry this can be made up to me by giving me a Fujifilm FinePix S100fs digital camera worth $699.99 for Christmas. 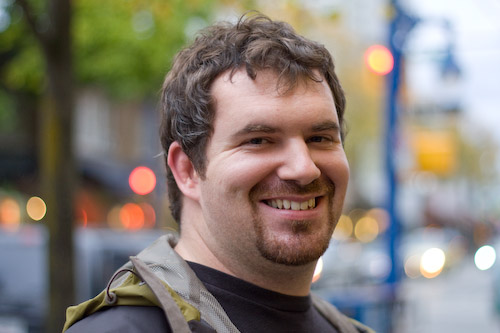 For those of you that are thinking that aren’t I the high maintenance pre-Madona this morning – well no.  Just insanely jealous of Tyler as the boy just won a Fujifilm FinePix S100fs digital camera worth $699.99 in the F List Scavenger Hunt. The camera in question features an all-in-one lens (1cm to 400mm telephoto), bracketing functions, titing LCD and the ability to shoot movies.  Would have been perfect for some of the photo shoots that Lola, Kittyn and I had planned for the New Year. Damn Tyler!

No worries, though there are still two more of the camera in question up for grab in the F Lists Scavenger Hunts – one in Vancouver and one in Toronto.  I only mention this to you, as I’m currently in Toronto, so figure I’ll go after that one (and based on the weather outside, I have a bit of time to decipher the clues) and I want one of the rest of you to find the second camera before that darn Tyler gets his hot little hands on both of them.

So here’s the dirt on how to outsmart Tyler – go to the F List Scavenger Hunt, sign-up for the F List (don’t worry this is quick & painless & nobody seems to be sending me any unwanted junk mail from it), and get the clues.  Finally, and here is the easy part, beat Tyler to the punch on the finding the last Van City hidden camera.  Just remember, the Toronto camera is mine, so if you know what’s good for you steer clear.  I do after all bite and hard (Tyler be warned).

PS Just got a special login for you from the Get on the F List campaign that gives you a secret code that makes you eligible to win their Fujifilm Finepix J100 camera instantly, if used when signing up for the F List, so best to sign-up this way.