We have all spent holiday dinners where we’ve discovered that our family still hasn’t a clue as to what we do, who our lover of over a year is, just what our best friend or business partner’s name is, or are inadvertently criticized.  At one time, I use to let such conversations get me upset, set off a fight, take hugely personally and end up in tears.  Somewhere along the way somethings shifted within me.  Maybe I just realized that it’s not all about me and not meant personally, or maybe it’s just that I’ve grown up and realized that there are real stresses in this world and such moments should not be made into a stress.  So rather than turning such moments into fights or tears this Christmas I am turning them into laughter. 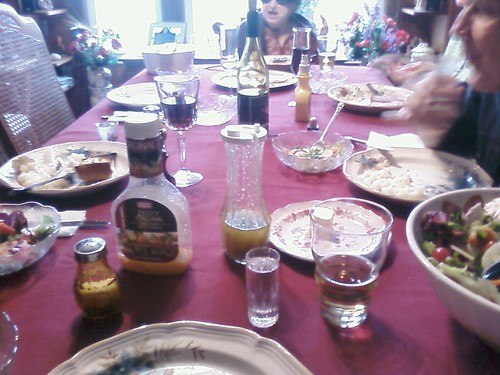 One moment earlier this week whilst enjoying a pre-Christmas dinner party at the neighbours, my Dad announced to the table that I no longer play any sports.  Rather than taking this into a totally irrational translation of ‘you’ve become a lazy couch potatoe’, before I knew it out of my mouth came, “No Dad, I still play sports.  I do pole dance after all.”  Needless to say this had the whole table laughing and is unlikely to be forgotten in the neighborhood for years to come.  I’m now ‘their pole dancing daughter from Vancouver’ – that is what Vancouver does to a gal after all. 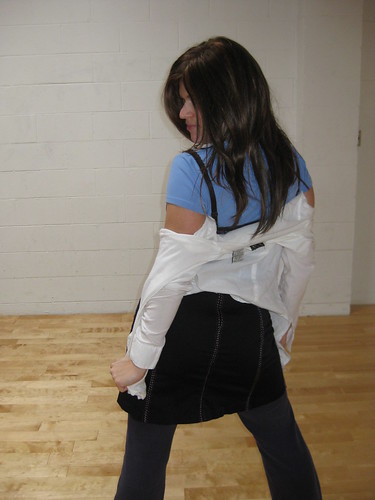 Perhaps the moment that my Mom and I enjoyed the most, however, was Dad asking for the kazillionth time who Lola was.  Lola one of my greatest friends of all time and one of my writing partners!?!  Mom started to respond with “her partner”.  And once again, my mouth opened, “Yeah Dad we thought it was about time to tell you that there’s a reason why I have yet to bring a man home.  Thought it was important for you to know now as wee little m, isn’t your only grandchild.  You have two other granddaughters too, as it took Lola a while to recognize that she was a lesbian.  Don’t worry you’ll get to meet them shortly, they’re all coming for Christmas.”  Sadly Lola, I gave Dad a quiz after all of this and dear old Dad still doesn’t remember your name or that of your daughters.  He is happy that we’ve found each other, however.

So my suggestion this Christmas is don’t take dinnertime conversations personally, it probably isn’t meant that way, and it’s far more enjoyable to laugh than to fight.