You know the magazines I mean, those ones covered in images of the same woman and the same promises: “fix” your body now, “trick” yourself into eating less, try these Never before seen, Secret moves for a whole new you! We are so flooded by these images and promises (in pharmacies, in grocery stores, on television)  that the messages that lurk insidiously behind them pass unimpeded into our unconscious minds, past the filter that should be able to point out their flawed logic. I’ve been urged by the glossy pages to “lose weight and become the real me” so often that I sometimes feel that I’m not really me, not really alive, not really having full experiences until my lifestyle and body become “perfect”.

Then I think: In order to live with all the perks that a thinner, better me has, I must correct my unsightly body. This project must be my top priority, since (good) life itself depends on it. Without being “healthy” I cannot be attractive to to others or myself and I won’t have the confidence to stand up for myself in work or love. 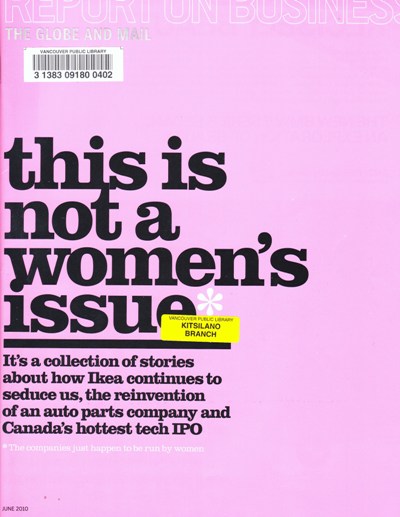 The above thoughts are repeated in endless cycles as the abundant media around us ensures they will, and soon produce automatic ideas: “As I am heavier than I would like to be, I am not beautiful and can’t enjoy my life like beautiful people can. I can’t get love from myself until I earn it by being “healthy” long and hard enough (never mind that this “healthy” isn’t really healthy).

‘When I see results in the future, and am finally beautiful, I will like myself and begin living my life. Until then, I must struggle my way out of this imperfect half-existence. If/when I am “healthy” then I will be happy.’ The beliefs that become formed in my mind are: being thin entitles me to a good life, so being heavier must mean I am less deserving of one.

I hope the above thought progression sounds crazy to most readers.  It is frightening that there are no other kinds of women’s magazines available; no other ideal to try and live up to than “thin”. Cognitive psychology proves that thinking something repeatedly makes it feel true; women are being set up by the abundance and monotony of these magazines to feel like sub-standard people if they don’t look like the models on the cover.

These women’s magazines are not only abundant, but monopolize the industry. It wouldn’t be so bad if “thin” wasn’t the only ideal propagated in magazines; then at least women would be encouraged to imagine more for themselves than thinness and beauty. If there were magazines that upheld other values like kindness, creativity, spontaneity, realizing one’s dreams to be a musician or a naturalist like Jane Goodall, it would mean that the public imagination recognizes the value of personality, interests, and goals – things other than thin.

I’d like to think that despite the deafening messages from these magazines, heavier people aren’t mistreated. However, I recently re-read an interview with actress Gwyneth Paltrow about her role in the 2001 movie Shallow Hal, in which she played the leading man’s overweight love interest, and had to wear a fat suit for the role. She talks about how she felt the first time she wore the suit in public:

…when I walked around, nobody would even make eye contact with me. Like nobody would even look in my direction. Because I think when you get a sense of someone being slightly outside what we all consider normal, you think, oh it’s polite not to look. But actually, it’s incredibly isolating. And it really upset me. (source: nyrock.com)

The values of “thin-good/fat-bad” have been so widely accepted that being overweight is treated the same way as a serious disability. This attitude materializes in workplace discrimination: a study found that one in 4 managers admitted that they would turn down an overweight job applicant.

Even scarier, is that the diet industry – despite its relentless yapping – doesn’t want readers to succeed in achieving the “thin, better, perfect” body. Next time you flip through one, notice that a tag line like “Lose 10 pounds now!” is strategically positioned near a succulent looking “forbidden food”. The small print tells you it’s actually a new and improved cake/cookie/casserole and has half the calories. My first impulse is not to go to a store and buy this guilt-free snack, but to satisfy the craving the picture has triggered by whatever is on-hand.

Also, the “Lose 10 pounds now!” might make me feel overwhelmed by this impossibility (really? now?), reminded of my body discontentment and drive me to console myself with whatever approximates the succulence of the cake/cookie/casserole that I have at home. This move means more self-hate and regret, which perpetuates the cycle.  The advertised perception of food and weight as a constant battle that deserves so much time, attention and planning makes the issue of weight loom so large  that attempting to change it can easily become more of a struggle than it needs to be. It doesn’t help that the results of one’s weight struggle decides how valuable a person is – a game so high-stakes is bound to produce anxiety and failure.

However tempting it is to rail at the cruelty of the diet industry, I think my energy is better spent replacing its infecting values with what I know to be true. I will disagree with these magazines: I am real now, and am always valuable; my body may fluctuate, but I am always me and deserve respect. It is up to us to derail the diet industry’s success by seeing ourselves truly, as complex, multifaceted, feeling beings who are as entitled to life as the next person.

I dream of the day when the editors of these magazines will actually have to put some thought into their work; when “women’s magazines” will be about more than one thing, and will not tout “eating your vegetables” as a novel idea hitherto undiscovered by medical science. In order to achieve this, we need to stop buying (and buying into) the magazines’ lies, and stolidly await the day they buckle under our collective demand for better reading material.